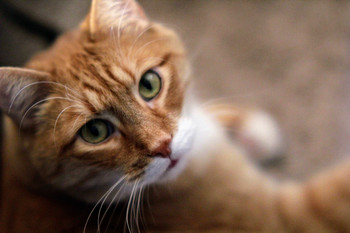 In 1982, I started using my father's Praktica T-1000 35mm camera to take candid shots on school trips and other places.  I was hooked immediately on photography and the happiness that I brought to people.

A few years later, I took a stab at lightning photography and found that with the right tripod and correct settings on the camera, I could take great shots.  In fact, I thought they were good enough to share with one of the local television meteorologists.  He loved my stuff and shared several of them on the evening newscasts.  He said to me, "Can you get me a tornado?"  I had not really thought of it before and replied, "Get me to it and I'll capture it."

As it does, life moved on and 1985 turned into 1991.  I pulled the camera back out and found that the local paper, The Newcastle Pacer, was in need of photographs of local and school events, where I spent quite a bit of time covering high school football.  I submitted photos and articles for a number of years, garnering some praise--and Press credentials--from the owner.

With changes in technology, I was able to obtain better equipment and remembered what that meteorologist had asked of me earlier.  In 1993, I made contact with him again, and eagerly he paired me up with one of his very well-known storm chasers.  My task:  Document the storm chase, and also capture some great storms, including tornadoes.  For two Oklahoma storm seasons, I did that and loved every minute of it.  I learned so much about mesocyclonic storms that I sought out training with the National Weather Service and learned what was needed to become an official Skywarn Spotter.  To this day, I help other people get Skywarn certified so they can safely monitor storms in their communities.

In 1995, I met the love of my life and my photography took a backseat to married life, a real job, and kids.  That is until 2006 when our youngest took up football and I became a sports photographer.  I upgraded the camera to digital and Oklahoma Photogenics was born and licensed with the State of Oklahoma.  Over the next nine years, I shot and sold pics of everything from high school football to band photos to basketball, wrestling, and powerlifting.

Since then, I've traveled all over the hemisphere capturing what the Earth and humankind have to offer up.  My work has included beautiful beaches in St. Martin, the amazing culture of New Orleans, and the majesty and ruggedness of the Western United States.  I am primarily a landscape and real estate photographer but very much enjoy working with people on projects like senior class photos, family pictures, and weddings.

2020 changed nearly every person's life in the world.  One thing it did for me and my family was to reintroduce hobbies we could all take part in.  One of those is photography.  In January of 2021, I decided to rebrand Oklahoma Photogenics to Orion Photogenics because of my new love of astrophotography and to expand the business outside of Oklahoma.  My focus remains the same and with a new name comes new opportunities including the island paradise of the Florida Keys.

I look forward to working with you on your next photography project!

Lee currently lives in Norman, Oklahoma with his wife Elizabeth, son Jacob, and a very large orange tabby cat named Toby.  Additionally, he and his wife have a daughter, Micah, and son-in-law Daniel in Colorado.